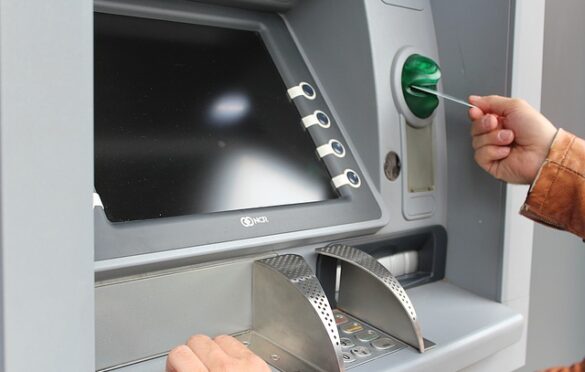 History is replete with examples of human innovation. Some innovations, while worthy of attention, do not have a major effect on the global population. Others literally change the world. The latter are noteworthy because they are the exception to the rule.

If you were to name some innovations you believed left an indelible mark on human progress, what would they be? There are no right or wrong answers. On that note, here are five modern innovations that literally changed the world as we know it:

Prior to the introduction of the polio vaccine in the 1950s, hundreds of thousands of cases were diagnosed annually. Here in the U.S., polio was one of the most feared childhood diseases through the first half of the 20th century. Jonas Salk’s polio vaccine changed that.

Not only did the vaccine help dramatically reduce the number of worldwide polio cases, but it also introduced the idea of childhood vaccinations. Today, children are subject to a full course of vaccinations during the first few years of life thanks to lessons learned from the polio vaccine.

The first crude televisions were invented in the 1920s. It wasn’t until the fifties that television became a commercial enterprise. But when it did, it literally changed the world. TV broadcasting paved the way for national news broadcasts as well as an entirely new entertainment paradigm that pretty much brought an end to vaudeville.

Television broadcasting also paved the way for amateur sports to go pro. It allowed us to keep track of the space race, the Vietnam War, and so much more. Television brought the world together and made it a much smaller place.

Television was the dominant broadcast media for decades. It has since been supplanted by the internet. Among all of the human innovations to have taken place within the last one hundred years, the introduction of the internet is arguably the most important. The entire world now runs on it.

For the record, the internet began as a U.S. military network known as ARPANET. It wasn’t commercialized until the military decommissioned it in 1990. Once opened to commercialism, innovation grew in leaps and bounds. Today’s internet bears little resemblance to the 1960s ARPANET in terms of capability and speed.

If there is one innovation that could give the internet a run for its money, Utah-based Pale Blue Earth says it is the lithium-ion battery. The first lithium-ion battery was developed in the mid-1980s based on engineer John Goodenough’s research. However, it wasn’t until 1991 that a commercially viable battery was ready for sale. You know the rest.

Lithium-ion batteries have made the world incredibly mobile. They power our laptops, tablets, and cell phones. For that matter, lithium-ion batteries power just about every rechargeable device on the planet. How different would your life be without this technology?

Last on our list is the personal computer. When it was invented decades ago, mainframe computers were so big that you needed an entire building to do less computing than your cell phone is currently capable of. The personal computer scaled-down computing to such a degree that it gave birth to everything from desktop PCs to cell phones. You can make the case that personal computing was the impetus behind developing the internet.

There have been a number of tremendous innovations that literally changed the world. The five listed here are just some of them. Needless to say, humanity continued to shape the world commensurate with our ability to innovate.

History is replete with examples of human innovation. Some innovations, while worthy of attention, do not have a major effect…